I have a brief interview coming up on Creative Mojo. We’ll be talking about my book, Drawing Comics Lab.

I have to be honest, I’m pretty nervous about the interview! (I understand that Creative Mojo has a large audience.) I’m one of those people who doesn’t like to hear her voice recorded. I much prefer to edit my words on the written page. But, Mark Lipinski was gracious enough to invite me on his show, so how could I say no?

In other new, Jesse Relkaw had a lengthy interview on the Comics Reporter!

It made my day that Tom Spurgeon called Lovf a “significant book” and linked to the Paper Rocket store. Thanks, Tom! 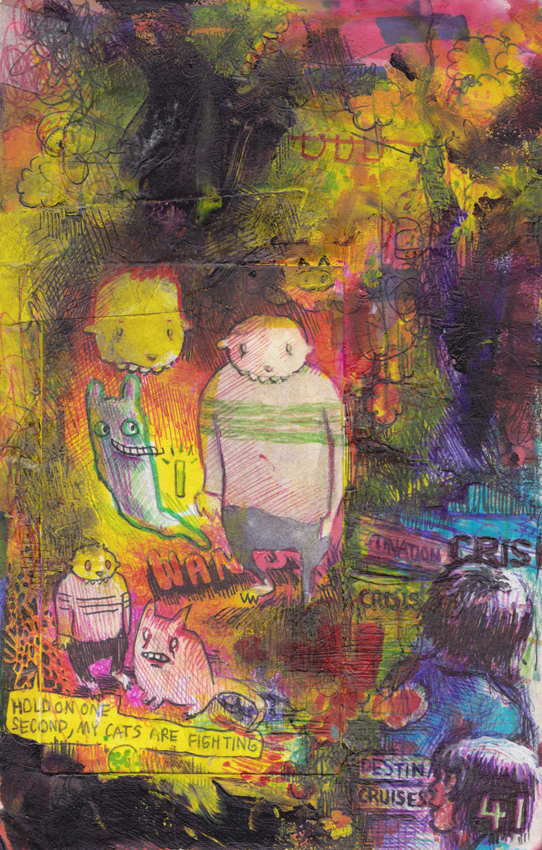 If I were to recap CAKE in a just a few words, I’d say: good times, good comics, good people, poor sales. I didn’t make enough money to cover the plane ticket, but that’s my only complaint. The show was very well curated, and I went on a shopping spree!

A friend of mine (I think it was Aaron Renier?) described comic conventions as family reunions that happen every six months. I was definitely feeling that. It was good to see some familiar face, including a few I hadn’t seen in a while (Jason Shiga, Nate Beaty, Alec Longstreth, Ben Catmull, etc.) It felt good, comfortable. It felt like home. More so than the Brooklyn shows (in my actual home) where I’m drowning in young beautiful comic hipsters. Nothing against young beautiful comic hipster, but I’m old and I know the old people. 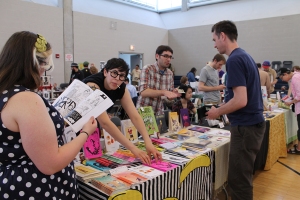 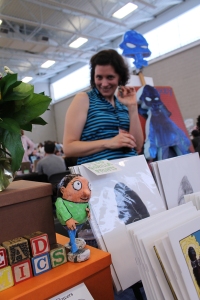 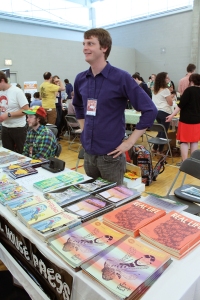 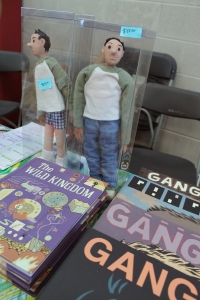 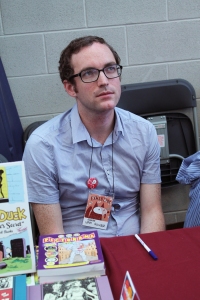 I had Key Lime pie with Josh Bayer, Box Brown, and Cody Pickrodt. It was nice to get to know those guys better.

At the Paper Rocket table, it was me and Jesse. On our left was the super talented Luke Howard. No kidding, check out his stuff. You’ll say, “woah, where’d this guy come form all of a sudden?” On our right was Kinoko, who was great company (and I really like her comics!)

Check out this crazy page Jesse is working on. Insider tip: to get that special air brush technique, use spit!

And, finally, I visited Quimby’s. What a store! Easily on the short list of best comic shops in America. You can now buy Lovf and Deep Girl there. 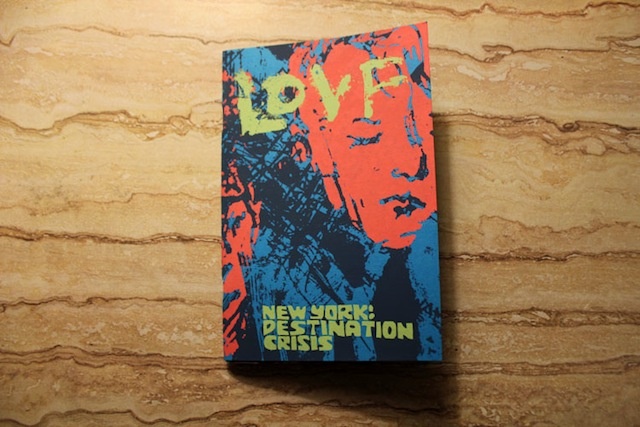 Says Gazin: “If this comic looks like it was drawn by a crazy person that’s because it was. Jesse Reklaw had a crazy period and this full-color zine presents his sketchbook pages from that time.”

In 2013 MoCCA got classy! I like how the Society of Illustrators managed it. If they can get the table cost down I will be a loyal fan.

I had a good time with my table mates Jesse Reklaw, Ariel Bordeaux, Rick Altergott, and Ellen Lindner. I wouldn’t mind if the attendance had been higher–a lot of familiar face were absent. In general, the energy felt a little low. Still, a good time was had.

Of course, it was the LOVF debut. I was able to hand deliver copies to a few Kickstarter backers who were attending. It was also the debut of some new crafts! Those turned out to be the big sellers, especially the light switch covers.

Folks, if you’ve written off MoCCA, give it another chance in 2014! We missed you this year. 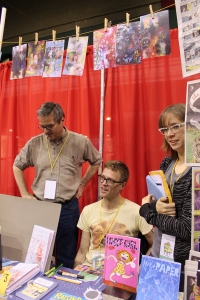 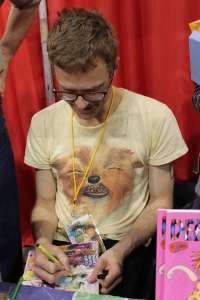 It’s that time again! MoCCA is this weekend. Stop by the Paper Rocket table (G205) to see what’s new. And visit with our table guests: Ariel Bordeaux, Rick Altergott, Jesse Reklaw, Ellen Lindner and (of course) myself (Robyn Chapman).

We have a lot of new stuff! 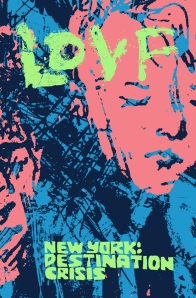 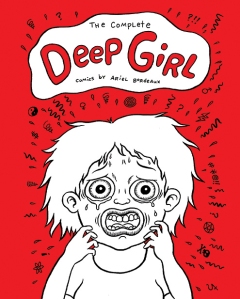 And more! Be there or be square.

What’s next for Paper Rocket Minicomics, you might be asking yourself. A lot! Today’s big news is that I’ve announced my next publishing project: LOVF New York: Destination Crisis.

But what is LOVF? It’s the intricate, vivid, inky, and manic sketchbook of Jesse Reklaw. LOVF New York: Destination Crisis is a 32-page excerpt of this sketchbook, drawn during an intense few weeks Jesse spent in New York. Visit our Kickstarter and listen to Jesse describe it, in his own words.

LOVF New York: Destination Crisis will be published in full-color, with a three-color screen printed cover. Just $10 will get you a copy–that’s basically the price of the book plus shipping. Consider this a pre-order drive, not a fund-raising drive!

Please spread the word! One of the reasons I’m using Kickstarter is to help cover the cost of paying Jesse. With both Deep Girl and LOVF, I am paying my authors. It’s a modest sum to be sure, but it does take a bite. With that added cost, making a profit on these projects is a challenge. And that is one of my goals: to make Paper Rocket sustainable so I can fund further projects.